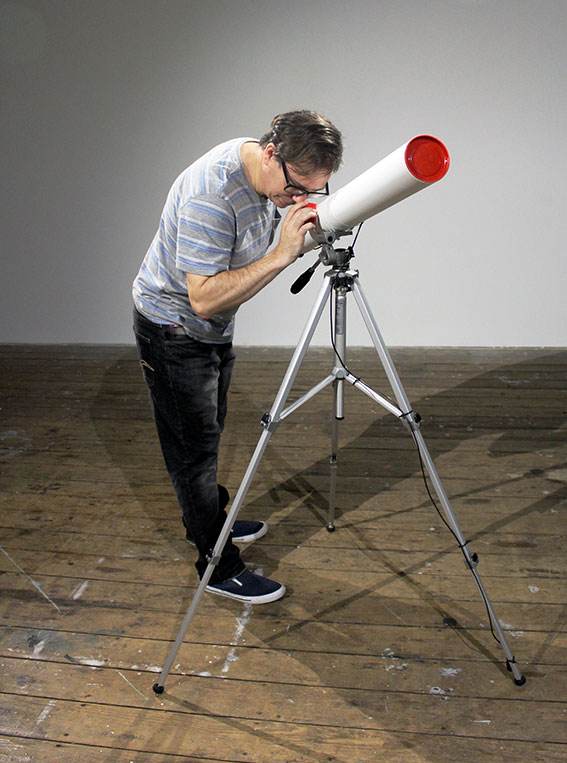 In the work Starry Messages (redshift), a home-made telescope directs the spectator’s gaze through an arrangement of mirrors housed inside, to view a video played on a ‘Samsung Galaxy Centura’ mobile phone.

The imagery in the video is appropriated from educational filmstrips from the 1950s and 1960s. Combining astronomical images with diagrams and illustrations, these filmstrips were designed for teaching primary school science. They present a simplified, traditional view of scientific knowledge and progress, including idyllic visions of the scientifically perfected future of 2000 A.D.

Like the projector for which these images were originally produced, much of the filmstrip’s information regarding the universe and our place in it, not to mention the past visions of the future they present, is out-dated. Materially, this obsolescence is manifest in the discolouring of the film itself towards a uniform magenta. The ‘redshift’ of the title is a reference to both this materialization of decay and to the use of light spectra to measure astronomical distance. Specifically, the degree of distortion of radiation towards the red end of the spectrum indicates the distance and velocity of astronomical objects. Here, it also provides a fitting analogy for the distance from the worldview represented in these images.